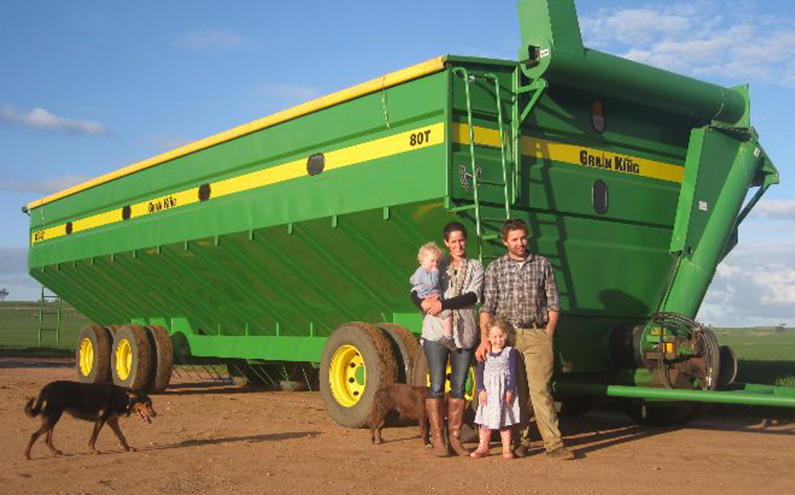 Thinking outside the shed!
Farming is becoming an increasingly more difficult industry to survive in. Every day presents a new challenge, rising costs of inputs, battling the weather, and increased interest rates are just the beginning. Those that test the bounds of convention are among the innovative and inspiring group this industry is comprised of. Farmers are renowned for overcoming challenges with creativity and elbow grease.

Charlie Boyle is among those willing to defy the norm and innovate by untraditional means. In addition to cropping the home farm Broadlands, located eight kilometres South of York, the Boyle family leases another farm forty kilometres to the East of York, deep in the Wheatbelt of Western Australia. As all farmers know, leases are not guaranteed to last for multiple seasons, and some are not ideally suited for a satellite farm operation. When considering a lease that lacked infrastructure a fair distance from the home farm, Charlie recognized an unconventional application to a mother bin that would solve his dilemma. “It’s a versatile piece of machinery if you look at it as more than a mother bin,” Charlie said. A Grain King 85 tonne mother bin with stainless steel floors and augers to prevent corrosion was his clear solution.
The Grain King mother bin allows for easy on farm storage of grain during harvest of fertiliser during seeding time. Road transport is not a problem due to the compact bin design, making long distance moves easier. The full length roll tarp will protect your investment be it grain or fertiliser. This innovation in farming is just one example of the resourcefulness that surrounds the Australian farming community. You can’t control the weather, but you can control how fast you get your grain off and into storage, a Grain King mother bin will increase efficiency.
Get the extended version of this case study.